First workcamp of 30th Alliance Anniversary Campaing start this week in Germany,
and in Switzerland!

15 Alliance volunteers are coming on June 11th to set up and run the drumming festival Rakatak which has been visited by around 7000 visitors in the previous years.
Another task of this project will be designing, creating and renovating on the grounds of the youth club MAXIM and maintenance works in the climate garden of the youth club.

This project is hosted by a German organisation Vereinigung Junger Freiwilliger e.V.  in Berlin (see on the map)

From 16th to 30th of June volunteers from different countries will come together to Passugg-Araschgen in Switzerland to support a hotel for ordninary tourists which functions as a centre for cultural and educative belongings and a meeting place for people with impaired hearing. 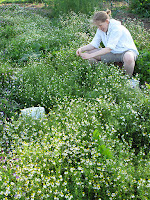 The aim of this Workcamp is to clean the surrounding after the long snowy winter. Volunteers will prepare the house and the surrounding for the main season, restore the foot path to the drinking hall, they will set up a herb garden and will help out in the hotel (kitchen, rooms).
The workshop for volunteers about sign language will take place.

Have a good time everyone at Passugg-Araschgen (see the location on the map)!!!

This project is hosted by a Swiss organisation Workcamp Switzerland