What is happening in France these days?
3 Alliance Anniversary projects host nearly 50 volunteers! 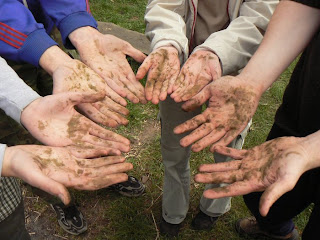 30th Alliance Anniversary CAMP - WIMEREUX     6.7.-27.7.2012The “Fort de la Creche” is an old military base in front of the sea situated between Boulogne and Wimereux. Since several years the organization called “Le Conservatoire du Littoral” takes care of the coast with the objective of protecting it. They cooperate with a local association in charge of the “Fort de la Crèche” to value the military base and in the future to open it to the public. Since five years we are helping them in this task and we will continue this year. The volunteers will continue to secure one track that leads to the military base in order to continue to value the remaining fortifications. The work will be also inside the building mainly on the reconstruction of one of its parts.
www.concordia-association.org
See project location on the map.

30th Alliance Anniversary CAMP - ISSOIRE    8.7.-28.7.2012
For 31 years now, the town of Issoire has hosted the regional office of Jeunesse et Reconstruction and also several work camps.
This year, the workcamp is a part of an environmental awareness campaign for the town-center inhabitants. The town of Issoire has several small streams, called “béal” in French (used by inhabitants to water their gardens) which are polluted by trashes. You will have two missions:
1/Upkeeping of the “béal”: cleaning trashes, cleaning the bed of the streams, putting stones in the stream’s bed to facilitate the water flow, laying out the banks.
2/Environmental awareness campaign for the inhabitants of the town-center: signs near the “béals; mailings; environmental stand during the green market day (on Saturday morning); all other environmental actions that you’d like to organise.
www.volontariat.org
See project location on the map.

30th Alliance Anniversary Camp – International Village Montaigu-le-Blin 1    10.7.2012 - 24.7.2012
Since summer 2002, workcamps have begun to protect the Montaigu-le-Blin’s castle – which has been listed as a Historical Monument. Thanks to your involvement, we would like to stop the damages caused by bad weather and vegetation, and eventually, give back to the castle the important part it used to play (openings to the public, guided tours, heritage linked activities…).
Volunteers will focus on restoring a part of the lower courtyard : repointing, cutting back into the old joints, coloring -at human height (no scaffolding) -on the entry wall; building again the wall, repointing, lime coating - on a scaffold - on the surrounding wall; valorizing a staircase (clearing the steps, clearing off the vegetation). you will also participate to painting the castle’s gate and start the restoration of a wooden house used for welcoming public.
www.unarec.org
See project location on the map.

Posted by Alliance of European Voluntary Service Organisations at 9:23 AM